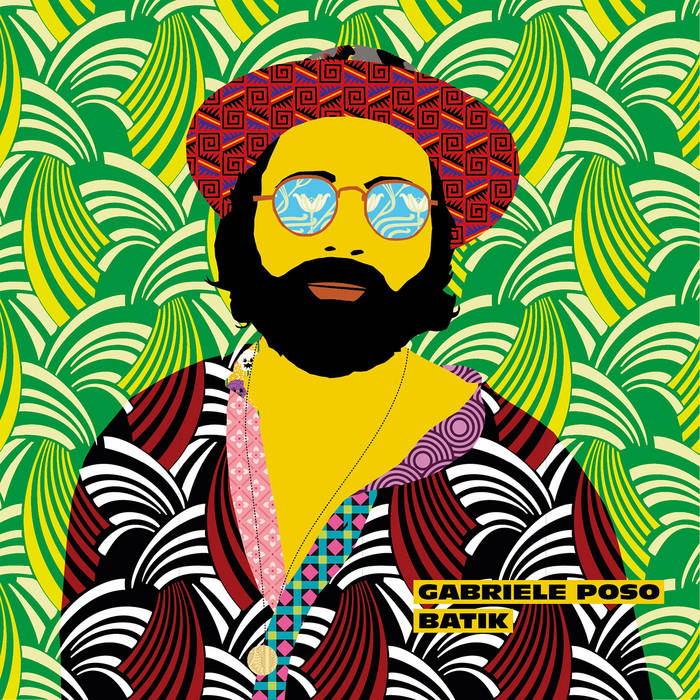 Bob Hill Illicit Grooves Gabriele Poso has appeared many time previously on the playlists of The Illicit Grooves Radio Show and if the track Africa Linda is an indication of how good Batik will be then expect to hear mucho, mucho mas of this album on the show. Great stuff.

npc82 Such a great warm and fun vibe to this album. Every track works perfectly after the next which is rare programming for albums these days. Love it Favorite track: Africa Linda.

Following a long-term collaborative partnership with Osunlade / Yoruba Records, as well as albums on BBE and Agogo Records, on 'Batik' Poso further develops and matures his sound - exploring his extensive roots in Afro-Cuban percussion, while delving into the realms of jazz and soulful house.

Much of the album features Poso on not only vocals but many of the instruments - including percussion, guitar and kalimba. A true multi-instrumentalist, Poso found a particular affinity for percussion at a young age, studying in Puerto Rico and Cuba.

In 2008, Poso released his first solo album entitled “From The Genuine World”, produced for Osunlade’s label, Yoruba Records. He went on to release another 3 albums, with labels including BBE Music - garnering acclaim from reviewers and selectors including Gilles Peterson, as well as awards including “Roots Of Soul” winning Best Jazz Independent Production in 2012 (Germany).

Founded in 2002 by English DJ and Producer Miles Cleret, Soundway Records has released a number of critically acclaimed compilation albums and re-issues of African, Caribbean, Latin and Asian music from the 1950s-80s.

Since 2012, the label has also begun to issue original contemporary releases from around the world. ... more

Bandcamp Daily  your guide to the world of Bandcamp